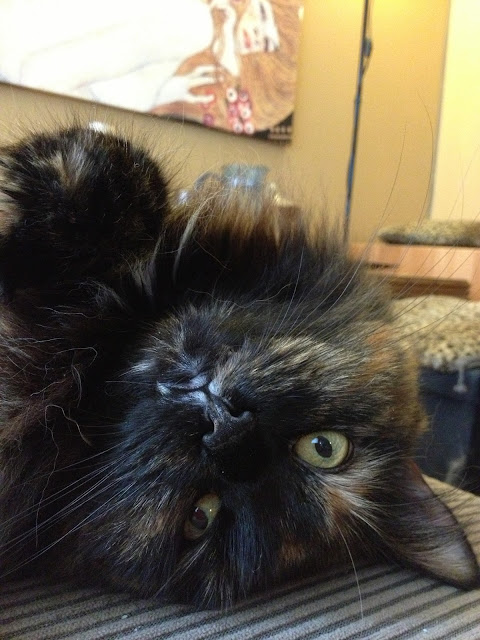 I was the first one here so I've been here for the arrival of all the other Monkeys and therefore that makes me the Boss Monkey.


It's a tough job but I'm up for the challenge.  Thankfully I have my Delilah clone to help out with the duties and keep me sane. 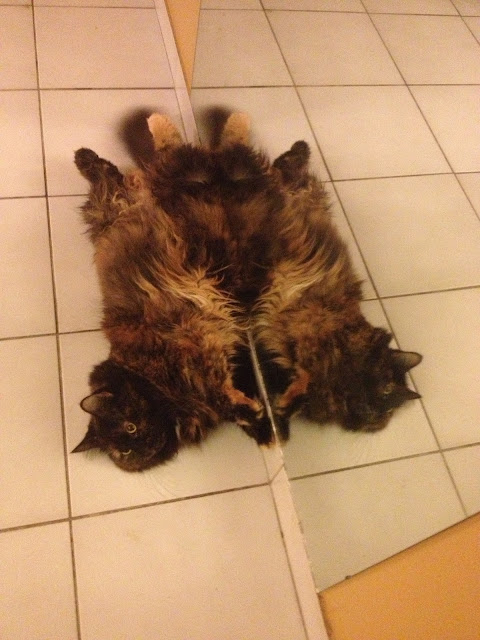 Thanks for visiting on my 7th Gotcha Day!

Delilah
xoxo
Posted by The Monkeys at 7:46 AM 30 comments:

The humans finally agreed on a name for me (thanks to Ginger Jasper's Mum for the suggestion) so I thought I'd introduce myself to you.  I'm the newest Monkey - Daisy Duke 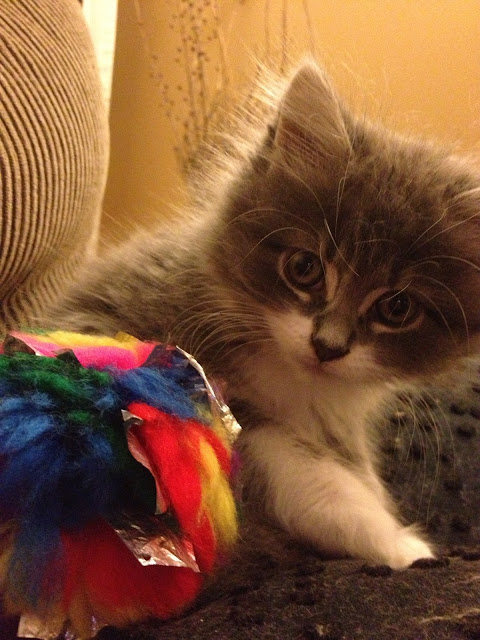 Mommy already told you how I became a Monkey and how she tried to find my owners, but I knew I had her at 'meow'.  She says I'm the boldest kitten she's ever met.   I don't take any paw from any of the big cats and I am not scared of anything!  Well, except maybe the vacuum...just a little.  What is that thing???!! 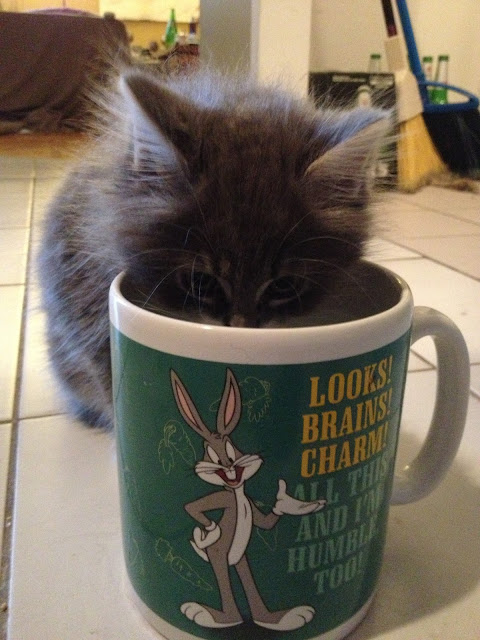 The big cats tell me Mommy is a lazy blogger so I look forward to meeting you all eventually!  Maybe I can whip her into shape :-) 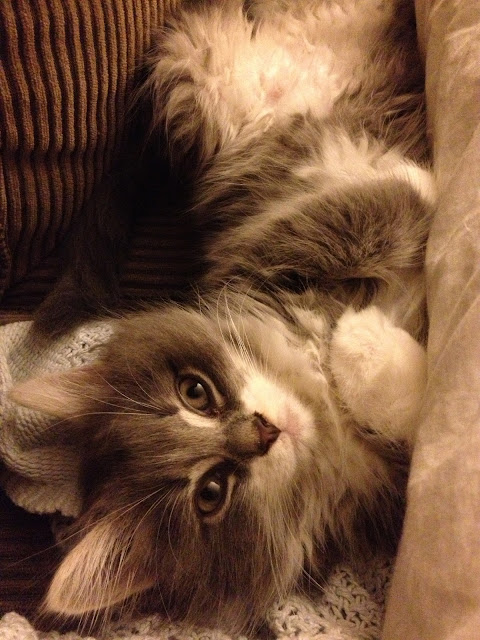 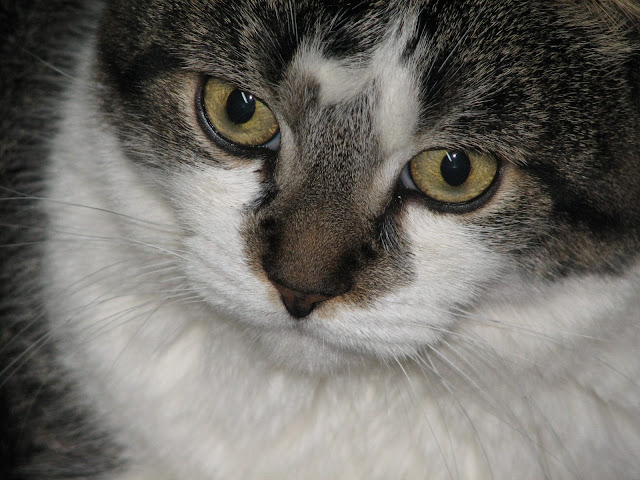 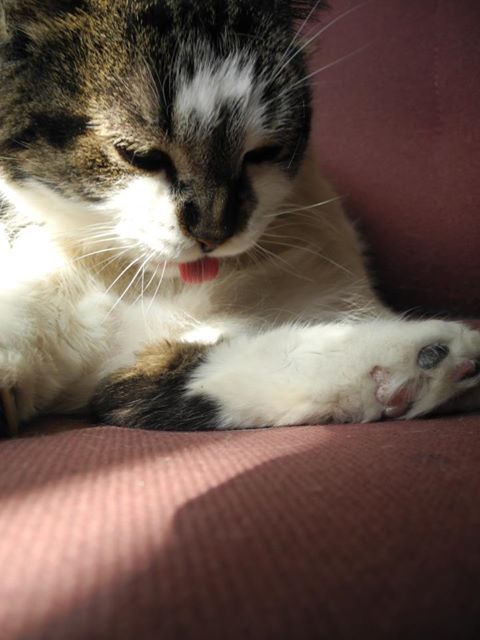 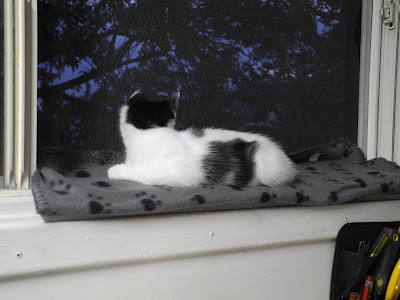 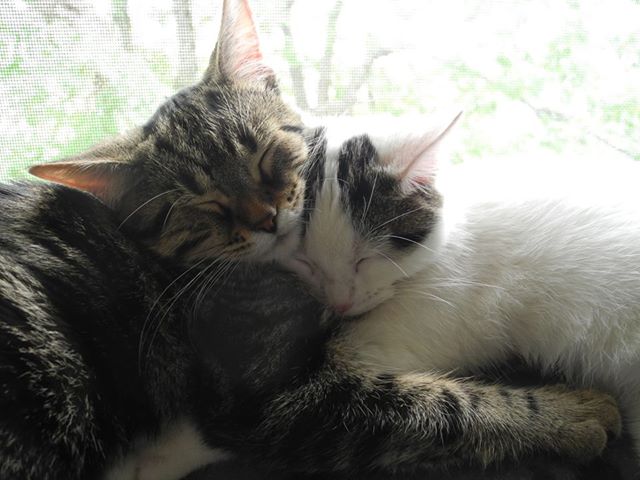 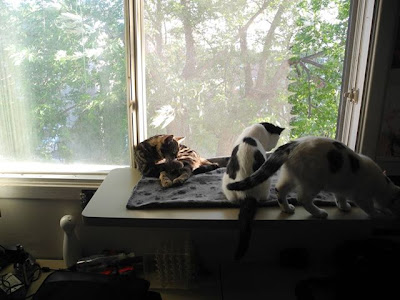 Most of you who know us well know that there are 6 Monkeys.  Samson, Bella, Iggy and I live with Mommy and Sweet Pea and Gabriel live with their Daddy just down the street.  We live in a one bedroom apartment in a high-rise building and Mommy has said in the past that any amount past 4 Monkeys would be the straw that broke the camel's back. 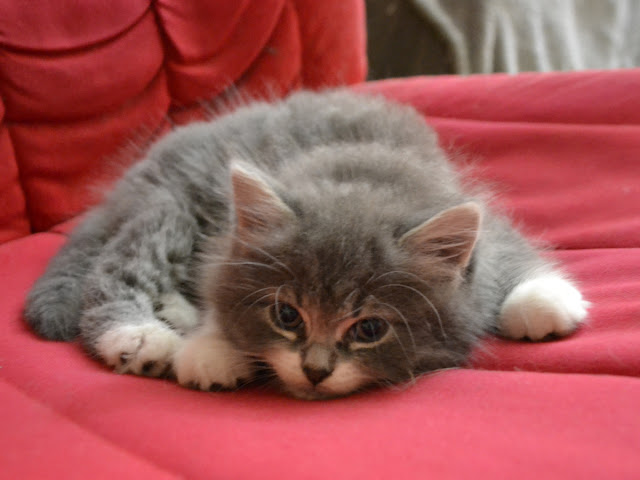 Last Monday in the early morning, Mommy had a hard time sleeping.  She was restless and couldn't sleep so she moved out to the couch to watch some TV and eventually ended up falling back to sleep.  At around 5:30 AM she heard little kitten cries, but because she was still sleeping, they were incorporated into her dream.  When she woke up and still heard the kitten, she realized it wasn't a dream and went to the door and saw this little one all alone in the hallway of the apartment building!  She had been crying at OUR door.  Mommy was still groggy but she was sure little one escaped from an apartment on our floor so she walked up and down to see if anyone had their door open.  Mommy stayed home from work, put up signs and spoke to the building manager.  No one came forward to claim this little kitten.  We think she was abandoned. 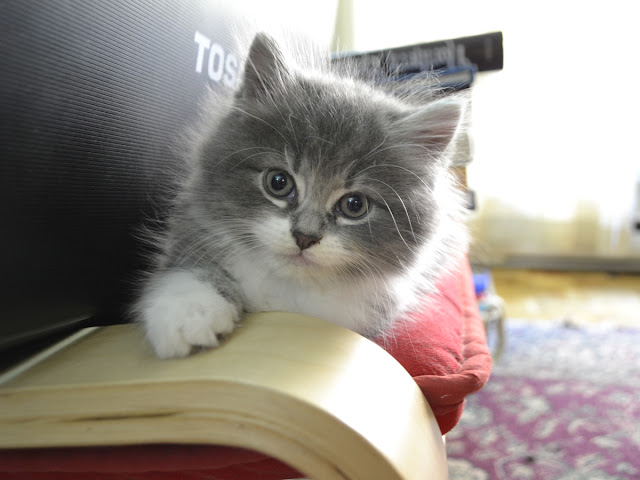 It is possible that she will stay with Sweet Pea and Gabriel, but I know Mommy - she is already in love with this crazy kitten and I don't think she'll let her go.  She is already making plans to move to a larger apartment in the spring! 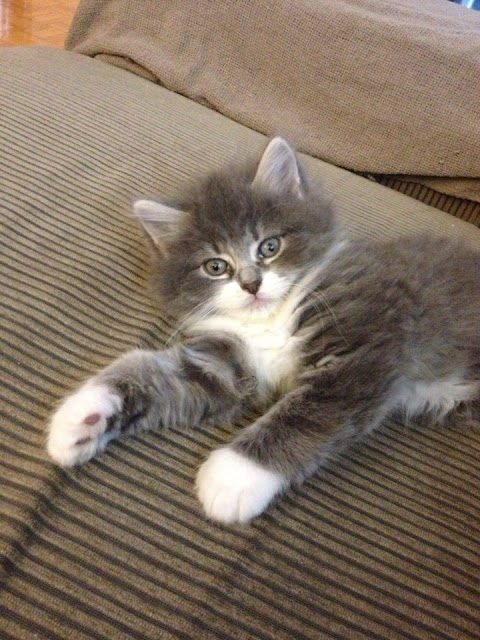 She doesn't have a name yet but we are working on it and should have one soon.  If you have a suggestion, we'd love to hear it.

I haven't seen any camels around here but if you see one, please give him your purrs.  His back is broken!

Delilah
xoxo
Posted by The Monkeys at 9:31 AM 32 comments: